Ambassador Extraordinary and Plenipotentiary to the State of Qatar 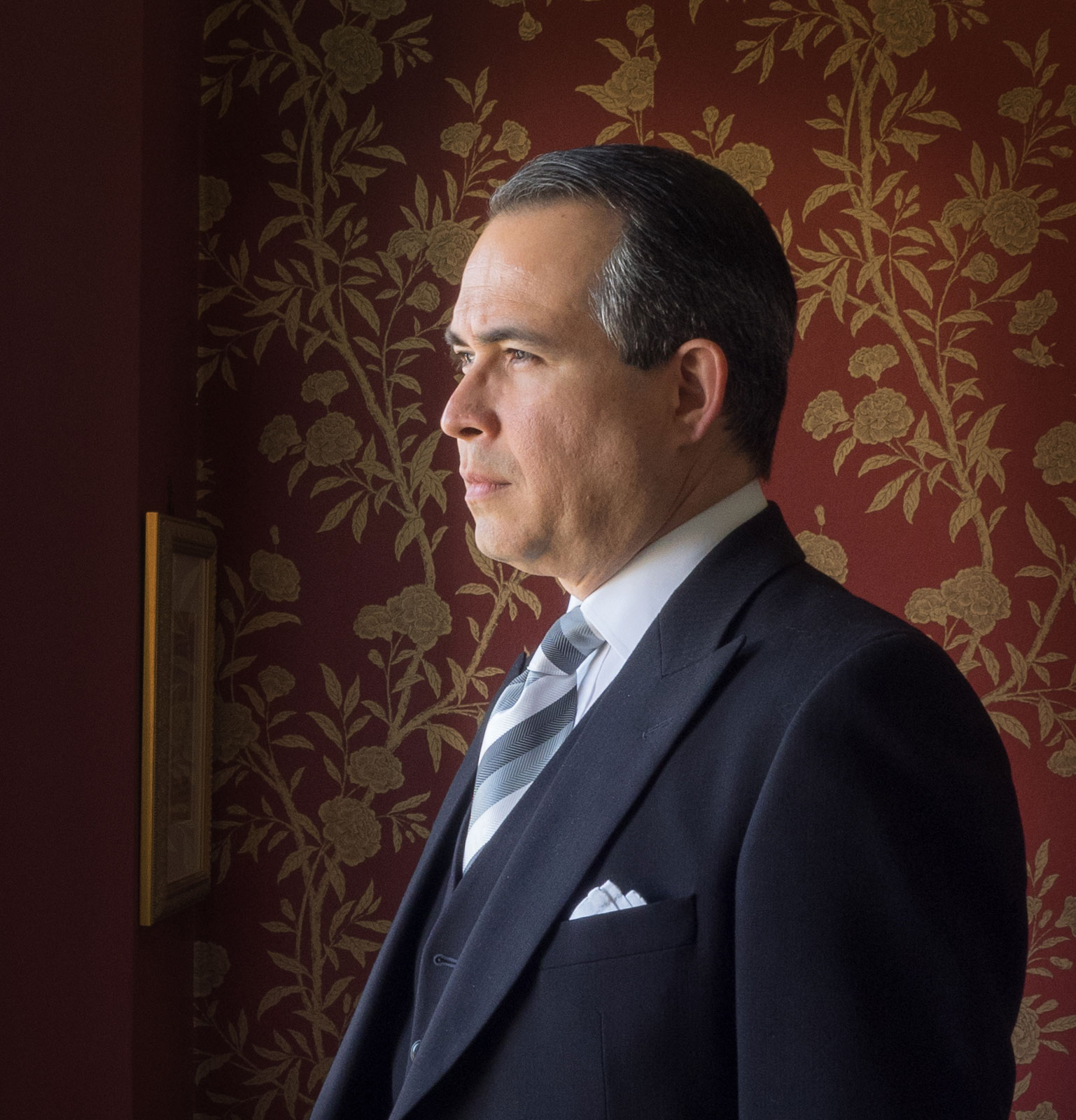 Before taking up his new duties as Ambassador Extraordinary and Plenipotentiary to Doha, the Lebanon and Kuwait, he organized in Santo Domingo the first workshop towards the formulation of a National Resiliency Plan, in compliance with the commitments undertaken in 2015 by the Dominican Republic in Sendai (disaster risk reduction); Addis Ababa (finance for development); New York (sustainable development); and Paris (climate change), with initial funding from the EU and UNDP, as well as technical assistance from ARUP, a UK consultancy.

In London, he worked between 2011-2018 as an Ambassador Extraordinary and Plenipotentiary aiming to convert his country into the hub of the Americas. He organized 7 Dominican Weeks and participated in 6 World Tourism Markets, 3 London Produce Shows and 2 London Chocolate Shows. Partly as a result, Dominican exports to the UK increased by 102% (2010-16) and UK tourism to the Dominican Republic grew by 98% (2010-2018).

After the Brexit referendum of 2016, he convinced the relevant authorities of the need to transition the existing trade relationship between CARIFORUM Member States such as the Dominican Republic to a new Economic Partnership Agreement (EPA) with the UK that would replace the EPA with EU Member States. He founded, also, the Dominican Chamber of Commerce in the United Kingdom and the International Network of Dominican Gastronomy (GastroDR). During 2013 and 2018 he served as the pro-tempore President of SICA.

In New York, he led the Dominican Mission to the UN (2009-11) as Permanent Representative with the rank of Ambassador Extraordinary and Plenipotentiary. He registered in July 2009 the Dominican candidacy to the Security Council for the elections of 2018, endorsed in August 2017 by the group of ambassadors of Latin America and the Caribbean (GRULAC) and voted unanimously at the UN General Assembly in June 2018. He succeeded in electing his country for the first time to the Executive Council of UN-Women and ECOSOC. His priorities were the political stabilization and development of Haiti; food and nutritional security; the prevention and mitigation of natural disasters; and gender equity. He was Vice-Chairman of the Preparatory Committee for the 4th World LDC Conference (New York and Istanbul, 2010-11) as well as a member of the Groups of Friends on Food Security, the Millennium Development Goals and the Reform of the UN System. On his way to London, the General Assembly adopted by consensus the UN Resolution A/RES/65/307 on Improving the effectiveness and coordination of military and civil defense assets for natural disaster response, co-sponsored by Qatar, Turkey and the Dominican Republic, on which he had worked assiduously earlier in 2011.

In Brussels, as Ambassador Extraordinary and Plenipotentiary to the Kingdom of Belgium, the EU, Poland and the Czech Republic (2005-9), he chaired the ACP Committee of Ambassadors (2006), CARIFORUM (2007) and the Group of Rio (2008). He was one of the 4 Lead Negotiators of the Caribbean College of Negotiators (2005-9) for the Economic Partnership Agreement (EPA) with the European Union, responsible for the chapters on services and investment. As a member of the College, he contributed to achieving duty-free, quota-free market access to the EU. He organized in Santo Domingo (2006) the 1st Meeting of ACP Ministers of Culture and set up the Ambassadorial Working Group on the Future of the ACP Group.

In Geneva, as Ambassador, Permanent Representative of the Dominican Republic to the UN and the WTO (1999-2003), he chaired the GRULAC at UNCTAD (2000) and WIPO (2001), as well as the ACP Committee of Ambassadors. He founded and became the first Chair of the Paradisus Group (1999-2000), CARIFORUM (2001) and the GRULAC at ITU (2002). He was an Alternate Member (2000-2001) and then Member (2002) of the ILO Governing Body, as well as Chairman of UNCTAD’s Commission on Trade in Goods, Services and Commodities (2001) and a Vice-President of UNCTAD’s Intergovernmental Commission of Experts on Competition Law and Policy (2000-5). He was also Vice-President of the Preparatory Committee of the International Summit of the Information Society (ITU, 2001-2). His work at the WTO allowed for preserving tax incentives for export-processing zones; strengthening rules on access to medicines; and structuring the ACP Group to maximize its impact in trade negotiations as well as its capacity to follow up issues of priority for ACP States in the multilateral trading system.

In Santo Domingo, as an Economic Advisor to the Chamber of Deputies (2003-5) he coordinated the technical work required for the approval of the new laws on consumer protection and customs valuation.

As a Vice-Minister of Economy for International Cooperation and Economic Reforms (1995-9), he coordinated the inter-agency teams responsible for the reforms derived from the Uruguay Round in intellectual property, trade negotiations, consumer protection, competition policy and telecommunications, resulting in new laws and key institutions for inserting the Dominican Republic into the process of globalization: National Commission of Trade Negotiations (CNNC), ONAPI (industrial property), ONDA (copyright), INDOTEL (telecommunications), Pro Consumidor (consumer protection) and the National Competition Commission. He also negotiated on trade in services, investments, competition policy and electronic commerce in the WTO, the CARICOM-DR Agreement, the Central America-DR Treaty and the stillborn FTAA.

As an Economic Advisor to the Minister of Economy (1993-95) he coordinated the accession of the Dominican Republic to the WTO, the evaluation of the impact of the Uruguay Round on the Dominican economy and the first Trade Policy Review of the Dominican Republic. In parallel, he served as a Project Director for economic reform projects with UNDP, UNCTAD and IADB, securing World Bank financing and technical assistance from UNCTAD and ITU for the reforms he would later coordinate as Vice Minister.

In academia, he was a Graduate Research Assistant (University of Illinois, 1988-92), a Director of the School of Economics of INTEC (1993-4), and a Research Professor of Economic Development (INTEC, 1994, and PUCMM, 2003-4, at the advance undergraduate level) and Economic Policy (PUCMM, 2004, at the master's level). He has published books and articles in specialized magazines and national and international media; his opinions have been cited by news agencies and international newspapers. A partial list of his publications is available at https://www.linkedin.com/in/facuellocamilo/.

INTEC recognized him in 2013 as one of its outstanding graduates. Previously, the Dominican government distinguished him in 2012 as a Grand Officer of the Order of Christopher Columbus for his role as a Lead Negotiator of the EPA between CARIFORUM and the EU. In 2001 he received the Jaycees’ Award as a young outstanding professional.

The book Successful Men and Women of the Dominican Republic (2013) qualifies him as "the most complete diplomat of the foreign service" for his experience as an Economics Vice Minister, a Multilateral Ambassador in Geneva, Brussels, New York and London, as well as a bilateral ambassador in Brussels, Prague, Warsaw and London.